When it comes to hockey, it’s hard to deny the vital role that
goaltenders play on their teams. Although prestigious, this position is
nonetheless very demanding and requires very specific preparation.

Specialization is good. Versatility is better.

It is obvious that the goalkeeper will need to have specific
training for his or her position. However, he must not overspecialize. Just
because a goaltender takes certain positions and follows certain patterns of
movement on the ice doesn’t mean that he will have to limit himself to these
habits during training. Before being a goaltender, a player is first and
foremost an athlete. He must therefore develop more general physical skills to
remain a complete athlete and avoid injuries. A goaltender must know how to
stop a puck, but also how to skate, jump, throw, run, and so on.

It’s important to look good in your equipment.

The goalkeeper’s equipment is specific to his function. However,
like that of any other player, it must be adjusted to each individual to avoid
the risk of injury. As the price of equipment is very high, it is not uncommon
to see youngsters opting for equipment that is a little too big, as they still
think they are growing up. However, this practice considerably increases the
risk of injury and can have an impact on their performance. It is better to opt
for second-hand equipment rather than ill-fitting equipment.

Also, it is frequently observed among young goaltenders that knee
protectors (located under the leggings) are rarely used. However, this part of
the equipment is to be preferred, because if the leggings move, the knee is no
longer protected at all.

Finally, to further protect the guard’s neck, there are bibs to be
added to the helmet. This additional protection will prevent the puck from
hitting the neck.

Forgetting the warm-up is not an option.

For a goaltender, as for any hockey player, warm-up is an essential
step before starting to play. Important both from a competitive and preventive
point of view, it allows to improve sports performance on the field while
reducing the risk of injuries.

Although the ingredients that make up a goalie’s warm-up are
essentially the same as those used by other hockey players, certain aspects
must be adapted to its function. For example, the goaltender must pay
particular attention to muscle activation, but also to ballistic stretching in
the hip area. The goal is to prepare the area for the effort that will follow
in terms of strength and amplitude.

Remaining active and attentive even in the dead calm

Even if the goaltender remains on the ice throughout the game, the
intensity of the effort will not be constant. Therefore, it is important to
stay warm to avoid injury and to remain competitive. 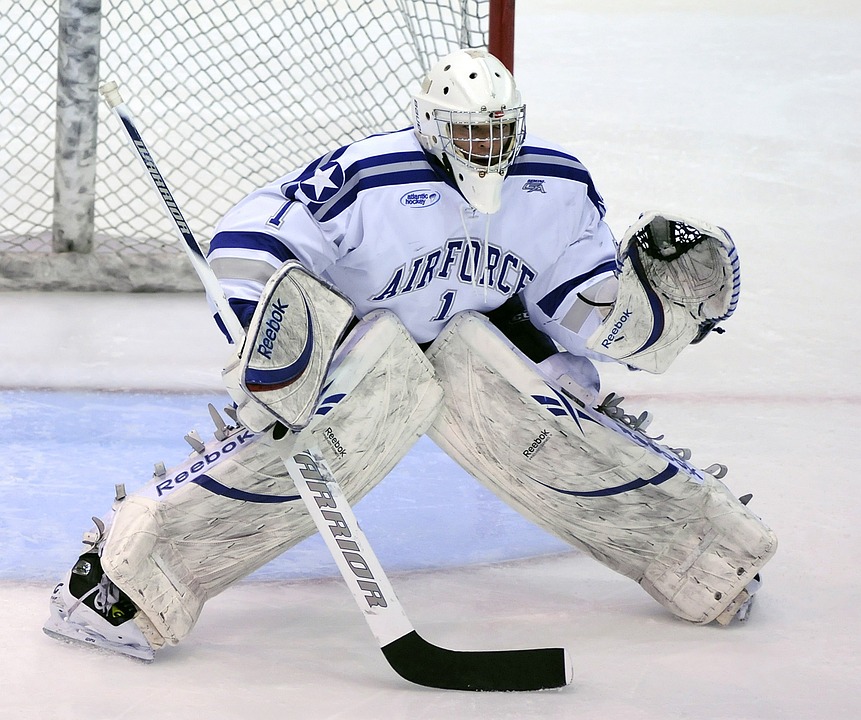